Baja California was as beautiful as I thought it would be.  I was attracted this area because it wasn’t just a typical beach destination.  There was more to it.  There were mountains, desert views, interesting rock formations, turquoise waters, and of course Mexican water (aka tequila).  I’m not normally a lay-on-the-beach all day type of girl, so I wanted something more than just a beach.  I certainly got more with Baja California.

We flew in and out of Los Cabos airport, and rented a car through Fox.  The car rental was easy and quick.  Although one thing of note is that the taxes on rental cars made the rental cost almost double what I was expecting.  I rented it through Orbitz, and it didn’t mention the taxes through the reservation (So we were expecting to pay $100 for week-long rental, and it was $195 after taxes).  After pulling out of Fox, we were told by at least 5 people how to find the toll roads.  The main toll road cost about 31-32 pesos (which is about $1.50).  I saw some people using USD, but it’s a good idea to have some pesos with you either from the airport ATM or order through your bank.

We arrived at Marquis Los Cabos All-Inclusive Resort in less than 30 minutes.  The main lobby is outside and overlooks the ocean…. which means, you can’t get a much better welcome to a resort than that! We were told by a few locals that the area we were in was the more quiet area of Cabo San Lucas.  There is an area that is more party-central, and that’s not really our style.  We were very happy we chose a relaxing resort, as opposed to a loud, boisterous one.

Our experience here was wonderful.  The food was good, the infinity pools were amazing, and it wasn’t too crowded.  The resort vibes were very chill.  They played relaxation music on the speakers in the morning and at night.  That combined with the sounds of the waves were fantastic. This resort was very relaxing…. it was nice to read books by the pool and have someone deliver a watermelon mojito while I was in the pool. You can’t swim in the ocean right below the resort, but you can walk over to a hotel nearby to swim.  We walked over in the evening, but never swam in the ocean.

The rooms were wonderful, and even the bath soaps are from one of my favorite skincare lines: L’occitane.  We were there close to Christmas, so I’m not sure if this is normal or just when we were there, but there were only one or two restaurants open in the evening when we were there.  So they filled up quickly.  I recommend eating earlier, rather than later.  The little cafe was nice for getting iced coffee and sandwiches.  And in fact, on our way to check out (which isn’t until noon!) we got some sandwiches and blended iced coffees for the drive.

Our first stop was Balandra Beach to see the famous Mushroom Rock.  This beach has consistently topped “best of Mexico beaches” lists over the past few years, and now I know why.  We dipped our toes into the waters, and walked around some of the rock formations on the water.  This was a fascinating area, and probably one of the most unique beaches we’ve been to.

The color of the water and the rock formations reminded me of the Isle of Iona in Scotland of all places.  Since it was around the holidays, there were a lot of families spending time together by the beach which was fun.  I love seeing how people celebrate Christmas in other parts of the world.  Everyone makes different traditions!

After the beach and drove to the main area of La Paz, where we stayed at B&B Casa Juarez.  It was a great little place, and the neighborhood was safe enough.  La Paz is a little sketchy everywhere we went, but it didn’t feel dangerous or threatening.  The b&b offered a car park, but our host said she parks on the street, so we felt like that was good enough for us.  We had the best meal we’ve ever had (maybe in our lives) at a small little steakhouse grill place called El Mezquite Grill.  The meat and vegetables were grilled to perfection. It came with a homemade mushroom cream sauce, loaded baked potatoes and grilled bread. After eating two bites, I was seriously sad that I may never eat this meal again… it was that good. 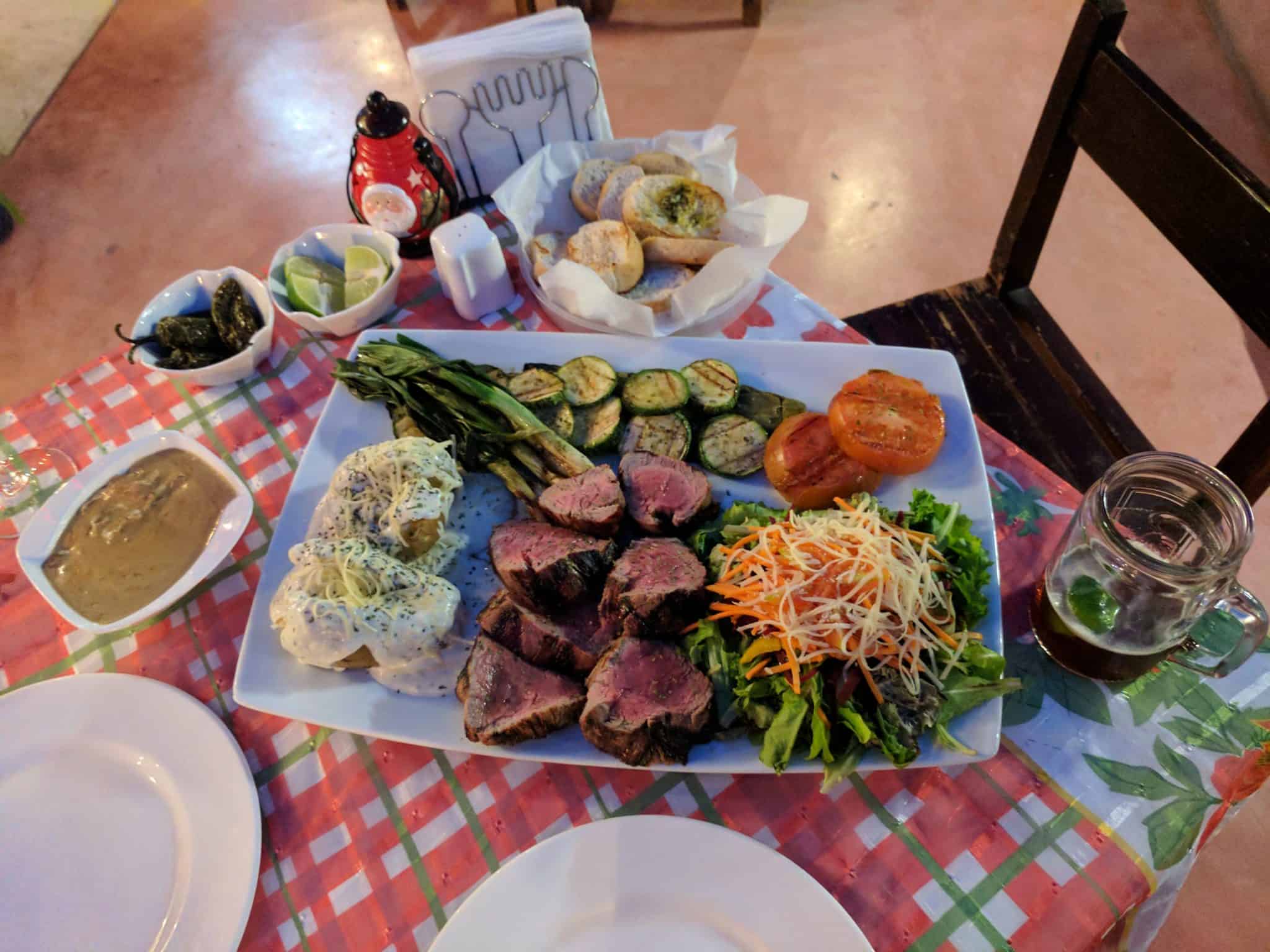 The next day we took a snorkeling excursion with Espiritu and Baja Tours.  It was an all-day excursion to snorkel with sea lions and see Isla Epsiritu National Park.  The tour cost $80 a person and included lunch and park fees.  The ride through the national park was about 1.5 hours, and then we had roughly 30 min in the ocean with the sea lions.  We didn’t have a GoPro stick, but our guide let us use his for our camera.

The scariest part of the trip was when I got bit by a sea lion.  I think I got in it’s way, and of course I spazzed and tried to get away and it ended up charging me and biting my leg.  It bled, but it wasn’t terrible. I think it was more of the ocean’s version of a honk on the horn.  Scary, but could have been way worse!

We ended up at a beach where we had lunch and got to swim a little more.  Since this is a National Park, you’re not allowed to take anything you find on the shore.  No shells, no sand, no nothing.  On the way back to the shore, we saw a humpback whale up close in personal, right by the boat.  That was an amazing sight.

After this, we drove to our final destination: Cerritos Beach Inn.  This place was surrounded by mountains, right on the water.  We were happy to settle in here, have dinner and enjoy the sunset.  It was the perfect way to end our trip to Baja California.  This is definitely a destination I would go to again, and again. 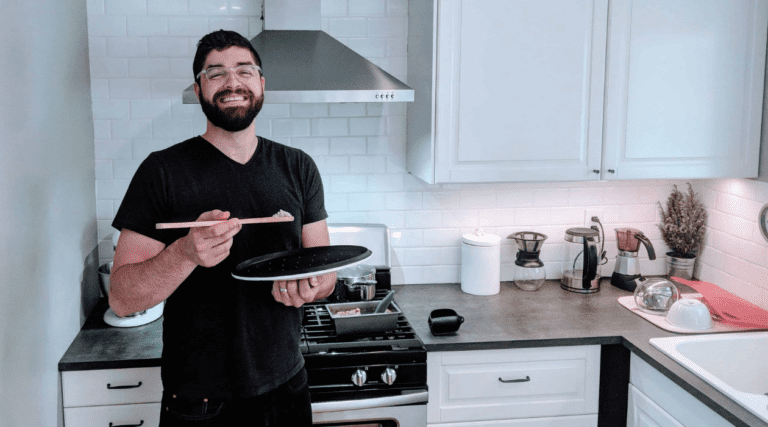 One of the benefits of renting a home with a kitchen is that you don’t have to eat out for every meal.  You can make meals at your home rental, which will save you a lot of money.  That being said, there are things to consider.  Here are some tips to maximize your use of… 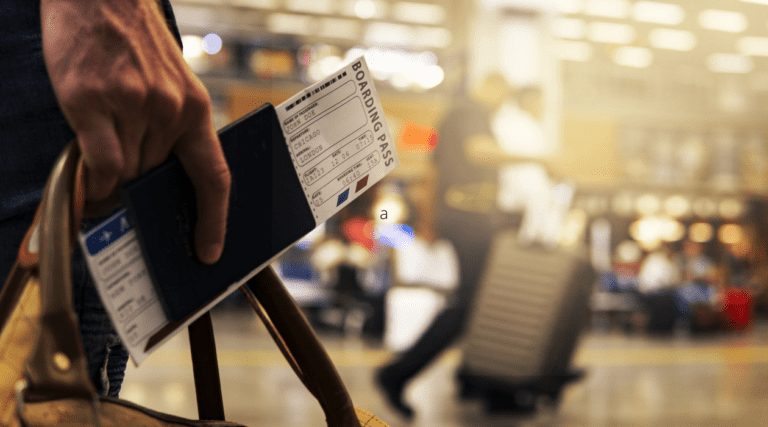 It doesn’t matter how organized or prepared I am, every time it’s my turn to put my stuff in the bins, I start to panic and riffle through my stuff to make sure everything is in order.  There are always a lot of people behind you waiting.  It’s like you can feel their eyeballs on… 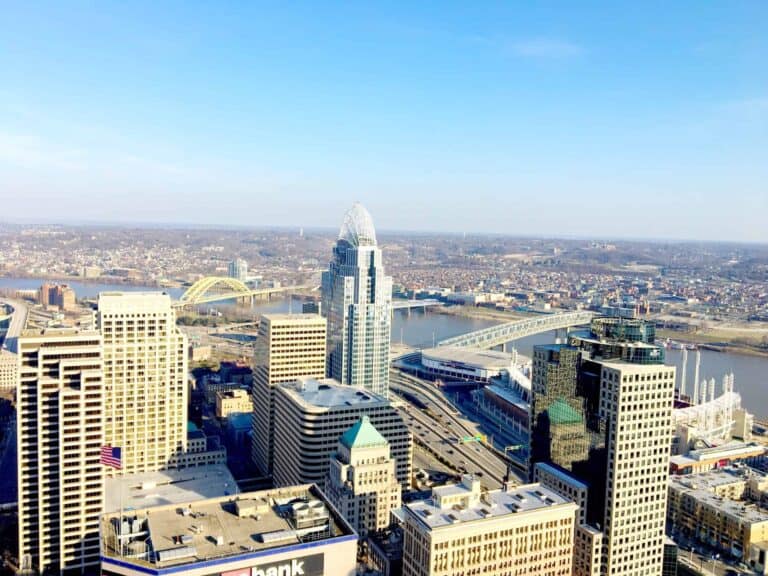 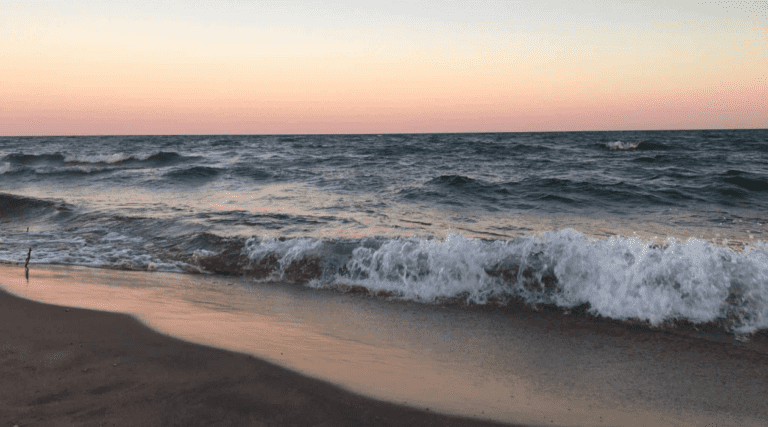 If you’re reading this today (December 19), then I’m currently in Mexico! As the year is coming to an end, I was reflecting on where we went this year, and what’s coming up next year.  This year was a very fun and adventurous year for us.  Since I “always have a trip planned” and my… 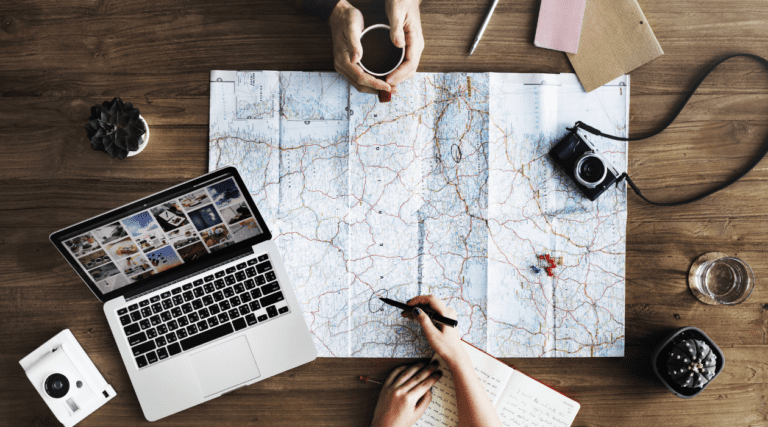 Do you remember in grade school when you learned about other countries?  I remember in sixth grade, everyone picked a country and we had to research what they ate, what they wore, what was on their flag, etc., and then present it to the class.  We had to bring in a “traditional dish” to share… 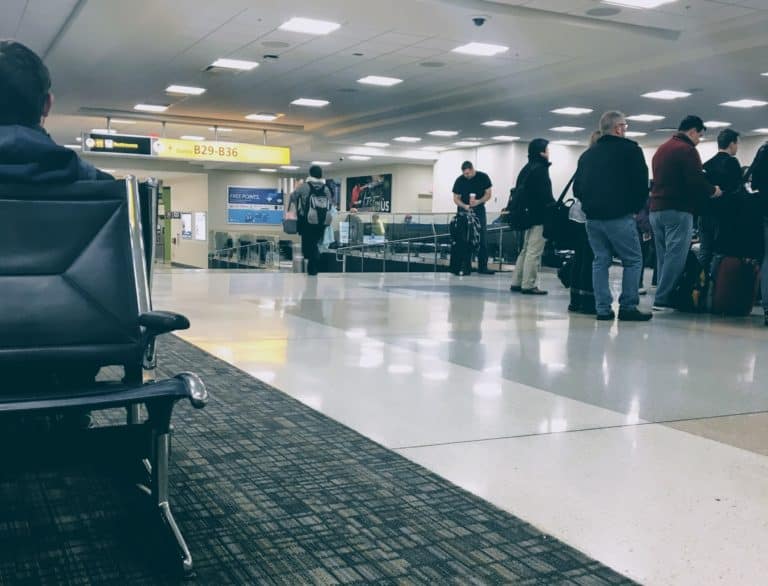 “Why aren’t you loyal to one airline?”  I get this question a lot. For as much as we’ve traveled, you’d think it would make sense to stick to one airline, one hotel chain, etc., in order to max out on travel points and miles.  This may make sense to some people, but it hasn’t for…