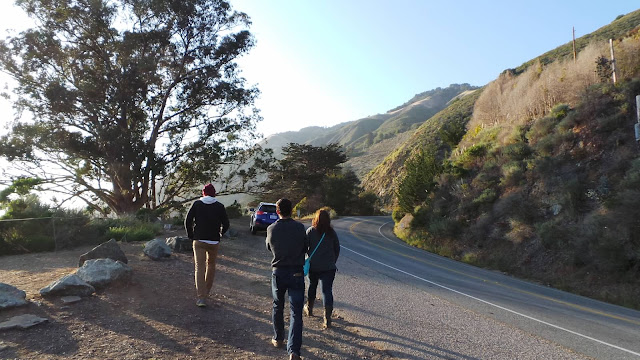 If you’ve ever planned a trip for a group of people, you know how frustrating it can be.  I love traveling with other people as it’s a great time to explore and learn together.  Plus you have the company of each other while you’re waiting at airports, and the comic relief when you’re on your last leg.  I’ve written a post on tips for traveling with other couples, which include avoiding hanger and being flexible.  However, choosing a destination can be tricky as we all have different travel dreams and destinations that we want to go to.

Recently, we were trying to pick a destination with another couple, and my husband came up with a great exercise for narrowing down our choices.  We got out some world maps, an atlas and a giant white board.  Then we started the fun part.

2.  What was your favorite thing about your last trip?  The next thing we did was think back on the last trip we took and consider what our favorite part of the trip was.  For example, was it that seeing a particular museum?  Was it the day when you had nothing planned and you stumbled onto a beautiful beach?  What was it?  And not just the activity, but the essence of the activity.  For example, what was it that you liked?  Did you like seeing the history of a building , was that what really moved you?  Or was it the trees blowing near the building that you enjoyed the most?  Once we all had our favorite thing, we looked for patterns.  Were a lot of the favorites nature-related?  City-related?  Non-destination specific, such as “relaxation”?  These patterns will come in handy later when you begin to narrow things down.

3.  What was your least favorite thing about your last trip?  Maybe there were multiple things, but what was the worst part?  Too many activities jammed into one day?  Too much traveling to and from, and not enough time in one destination?  The hotels all sucked?  What was it?  And again, look for patterns.  Did people feel they had too much time in one destination, or not enough time?  Did they not have enough alone time, what was it?

4.  Use the patterns to narrow down the places.  Consider the list in light of your favorite and least favorite parts of traveling.  Are there places that would be mainly museums and no one really liked that the last time?  Are there places that are way too far to fly, and that was someone’s least favorite part?  Was there a place that has killer food and that’s what someone loved the last time?  Narrow down as much as you can with these.

6.  How many of these places can we get in one trip?  If a lot of people picked European destinations, can you do a few of these in one trip?  What makes the most sense?  If you have a European, North American and Asian destination, you’re going to have to narrow that down to one continent most likely.

7.  Evaluate the results.  This was a group effort, and surprisingly we narrowed it down to three possibilities and everyone was happy with any of the options.  We took into consideration everyone’s least and favorite parts of traveling, and realized that we could all be pleased with a trip to one of three places.  With a little more research on our parts, we can narrow it down even further to the perfect spot for this group, at one time of year.  Not only was this beneficial, and it didn’t involve us trying to convince each other why everyone should agree on MY destination, but it was fun.  Thinking of all the places we could go together, and all the things we could see, we realized that we could all be pleased by one or more aspects of everyone’s destinations.  Especially when we realized that some of it wasn’t the actual destination, but the activities we’d do and HOW the trip would be planned out so everyone isn’t run ragged.

How do you choose a destination for a group of people?

If you’re reading this today (December 19), then I’m currently in Mexico! As the year is coming to an end, I was reflecting on where we went this year, and what’s coming up next year.  This year was a very fun and adventurous year for us.  Since I “always have a trip planned” and my…

Puerto Rico is a beautiful country, and it really surprised me how many fun things there were to do.  With my blindingly pale skin, it’s no wonder I’m not a “lay-on-the-beach-all-day” type of girl.  I can hike and snorkel for days, but watching my skin blister isn’t my cup of tea.  However, there is so…

Buying plane tickets, quite frankly, can just be the worst.  You want to get a good deal with a reasonable flight time, but for some reason, it just seems like too much to ask for.  You usually end up compromising on something.  Either you take the low priced ticket for an extra 10 hours of…

When you’re going from the hot city streets to a cold mountain landscape in one trip, packing light can become a challenge. You may be frantically wondering how you’re going to fit rain boots, snorkel-gear and multiple coats in your carry-on. When dealing with mixed weather for travel consider a few of these tips…

Californians tend to be stylish and sleek, but with the number of tourists coming to the state attractions every year, you’d be hard pressed to find a typical state wardrobe. Within the different cities and parks, you’ll need to be prepared with a variety of clothing when you’re planning what to wear in California.  …

Have you ever followed a recipe for anything titled “the best” and been extremely disappointed?  I have.  I’ve tried about 10 “best blueberry muffin” recipes, and none of them were as good as my friend Amanda’s.  While I know calling this “the best travel itinerary recipe” could welcome some people who don’t like the taste,…