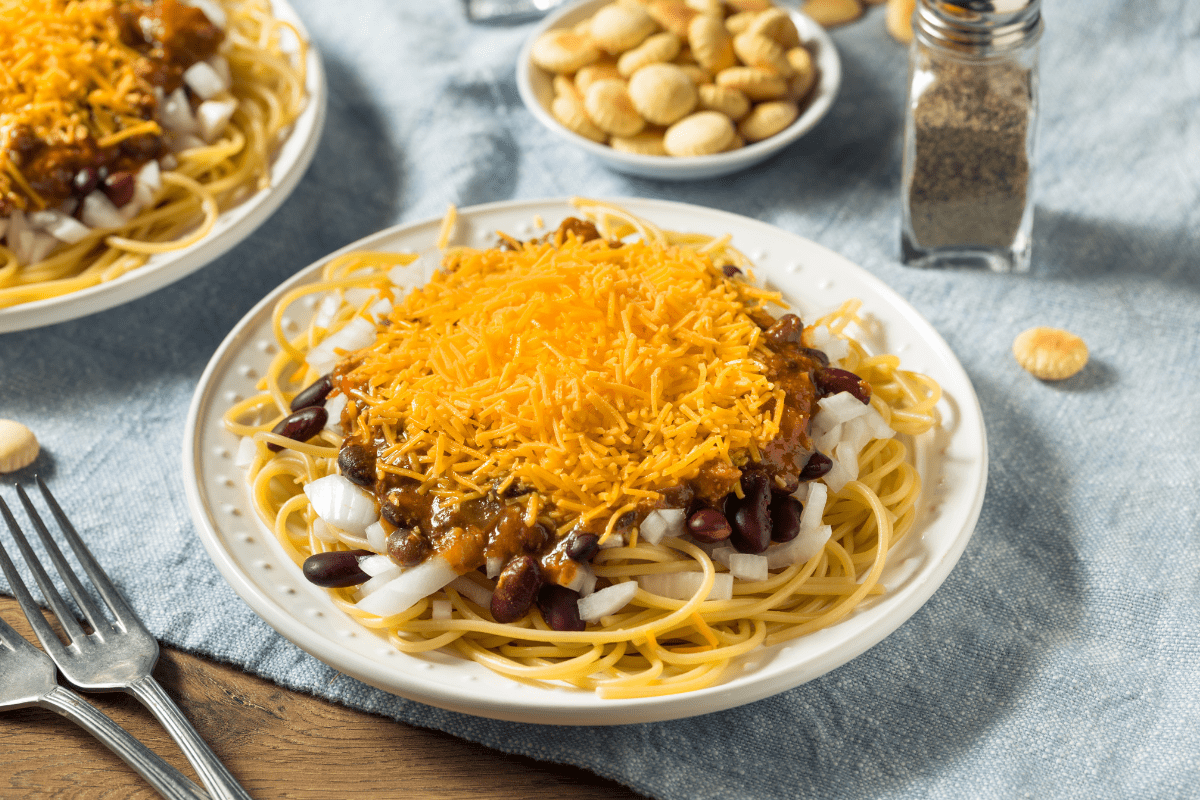 If you’ve heard that Midwestern food is bland and boring, you probably haven’t been to Ohio. The Buckeye State is home to some hearty and delicious eats. Ohio food is influenced by the Serbian, Polish, German, and Italian communities throughout the state, and each region features unique and amazing dishes.

So what food is Ohio known for? Here are some of the top foods you need to try the next time you visit!

Buckeyes are the quintessential Ohio candy, and you can find them throughout the state at restaurants, gas stations, cafes, and potlucks.

These candies are made from peanut butter rolled into balls and dipped in melted chocolate, leaving one side uncovered. The peanut butter is combined with butter and powdered sugar to keep its form.

Buckeyes were originally made in home kitchens and are still a popular homemade treat. They get their name from their resemblance to the buckeye nut, which grows on the state tree of Ohio.

Goetta is a type of sausage that rose to popularity in the Cincinnati region because of the large number of German immigrants living there. In an effort to make meat last longer, people in the community mixed oats with ground sausage and flavored it with herbs and spices.

These days, Goetta sausage is considered a staple of Cincinnati cooking and can be found in grocery stores throughout Ohio. It’s usually flavored with thyme, rosemary, and bay leaves — sometimes onions too.

The annual Glier’s Goettafest takes place every August in Cincinnati and is dedicated to the sausage. This event showcases the many creative ways that Goetta sausage can be used in dishes, from pizza to fudge. While you’re in the area, you can stop by some of the dozens of breweries in Cincinnati.

Barberton chicken is a special chicken dish originating in Barberton Ohio from the Serbian-American community. The fried chicken dish is flavored with Serbian-style spices and served alongside coleslaw and “hot rice” — that’s rice cooked in tomato sauce and spicy peppers.

The dish originated in the early half of the 20th century in a Serbian-owned restaurant called Belgrade Gardens, but its inspiration is the stuff of legend.

Today, visitors can enjoy Barberton chicken in and around Barberton and Northeast Ohio, with several restaurants copying the original recipe, including DeVore’s Hopocan Gardens and White House Chicken.

The Thurmanator is an iconic burger served at The Thurman Cafe in Columbus. The cafe has been a part of the Columbus restaurant scene since 1942.

The Thurmanator was featured on the television show “Man v. Food.” But, it’s not just the size of the burger that keeps it so popular. It’s also widely praised as one of the most delicious burgers in the country!

Pawpaws are wild fruits that are native to the American Midwest. While they aren’t widely known outside the region, they grow throughout Ohio and are considered the official state fruit.

These delicious fruits have a flavor that locals say can’t be perfectly described, but they’ve been compared to mangoes, bananas, and pineapples.

The fruit is celebrated every year at the autumn Pawpaw Festival in Albany, Ohio. The rest of the year, you might be lucky to find them at a farmer’s market or even a regional grocery chain.

The Polish Boy is an aptly-named sausage sandwich that originates from the Polish immigrant community in Cleveland Ohio. It has become famous all over the country for its delicious taste and high sauce level.

The sandwich consists of grilled kielbasa with French fries, coleslaw, and barbecue sauce in a bun. Because it’s so messy, it’s often served in a foil wrap. Some versions also include hot sauce.

You can find Polish Boys at many establishments around Cleveland and Columbus, including Seti’s Polish Boys and Mabel’s BBQ.

Much of the best Ohio food comes from the influence of the Polish and German immigrant communities throughout the state. Sauerkraut balls are no exception.

These delicious fried appetizers originated in Akron Ohio and are popular throughout Northeast Ohio. They include sauerkraut and cream cheese — and ham, in some versions — rolled into balls and deep-fried.

Sauerkraut balls are so popular that they’re even served at weddings and New Year celebrations. While no one knows exactly where they originated, you can find them at The Waterloo Restaurant and Ken Stewart’s Grille in Akron.

We’ve all heard of Klondike ice cream, but you might not know that this iconic ice cream got its start in Mansfield Ohio. First produced in 1922, Klondike quickly became a popular product throughout the Midwest.

It was marketed as superior to other ice pops, with the proof in the lack of a stick — which pointed to the extra-large size and heft. Until the 1970s, the ice cream bars were sold only in Ohio and Pennsylvania, cementing their reputation as an iconic Ohio food.

Klondike closed its last Mansfield production facility in 1970, and its products can now be bought throughout the United States and Canada.

Chili isn’t unique to Cincinnati Ohio, but the manner of serving it is so iconic that it has become known far and wide as Cincinnati chili. This dish involves topping spaghetti with chili instead of the traditional marinara sauce and finishing it off with a heaping pile of shredded cheese.

This dish is considered Cincinnati’s most famous meal, and you can find it served at restaurants all over the city. There are even “chili restaurants” that serve nothing but variations of the dish — with onions, beans, oyster crackers, and hot sauce.

Kaiser Pickles was founded in Cincinnati in 1920. Over the last five generations, it has become known far and wide as an essential supplier of Cincinnati specialties, most specifically pickles, sauerkraut, and various relishes.

Today, the company produces more than 90 million pounds of these products every year. While you can find it in grocery stores around the country, it’s still considered a point of pride in its hometown of Cincinnati Ohio, where they remain a staple brand.

The most classic version is a dough pocket that’s filled with potatoes and seasonings and then boiled or sauteed. You can find versions with cheese, onions, and countless other additions and toppings. In fact, Pierogies of Cleveland serves 36 varieties of handmade pierogies.

Shaker lemon pie is so strongly associated with the Buckeye State that its other name is Ohio lemon pie. This fruit pie came from the Shaker community during a time when lemons were rare and costly. As a result, the entire fruit is used, and the process is elaborate and work-intensive.

The lemon is mashed in a concoction of sugar and left to marinate for roughly four days before being incorporated into the pie filling. Today, Shaker lemon pie is still a popular choice for home cooks around Ohio, though you may also find it at bake sales, Amish bakeries, and specialty stores.

If there’s one thing that Cincinnati loves, it’s chili. Another of its most famous dishes includes the meaty sauce and has become known far and wide as a Cincinnati specialty — cheese coneys, or chili cheese dogs.

You’ll find these served at restaurants, street stands, food trucks, and sports arenas all over the city — a simple hot dog topped with mustard, onions, chili, and finely shredded cheese. There are many variations, but many people enjoy the classic version.

You can find cheese coneys throughout the city, but popular spots include Skyline Chili and Mr. Gene’s Dog House.

Ohio might not be near an ocean, but that doesn’t mean you can’t get amazing seafood there. Its northern side is bordered by Lake Erie, where you can find watery delicacies of all kinds.

One of the most famous is Lake Erie fried perch. This is served all around the Great Lakes region and has become an iconic food not just in gourmet restaurants but also in simple lakeside eateries, cafes, and more.

While you’re next to the water, why not explore some Lake Erie lighthouses too?

Tracking Down the Best Ohio Food

So what’s the best food in Ohio? There’s no way to say. You’ll get a different answer from everyone you ask depending on which region you’re in! But one thing is for certain — Ohio’s cuisine is rich and varied with plenty of cultural influences.

No matter where you decide to explore in Ohio, you’re bound to eat well while you’re here. 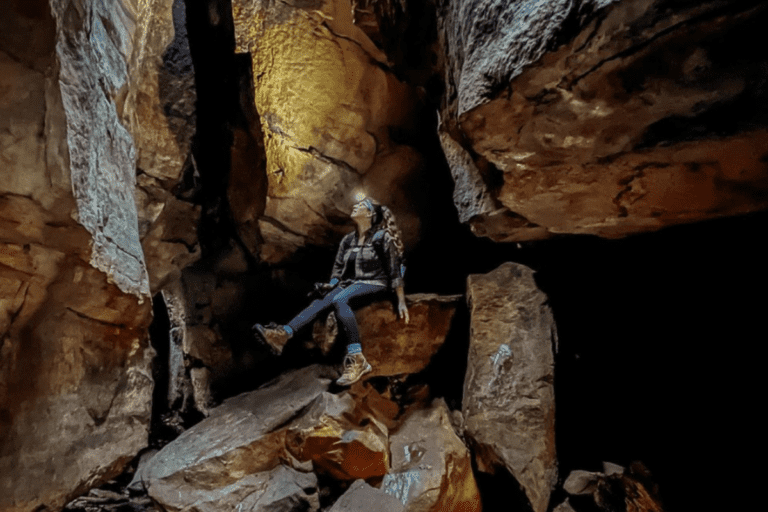 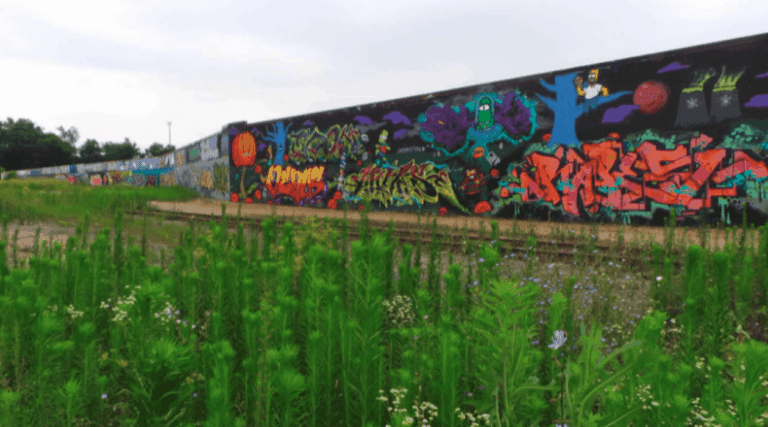 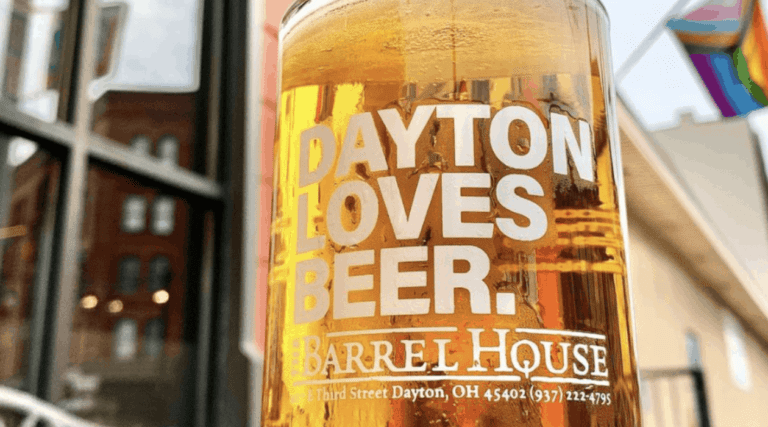 The brewery scene in Dayton Ohio has expanded greatly since 2010. There were very few breweries in the area at the time, but those few and new breweries have been growing ever since. Because of that, you might wonder which Dayton Ohio breweries are worth visiting. To help you choose, we’ve put together a list… 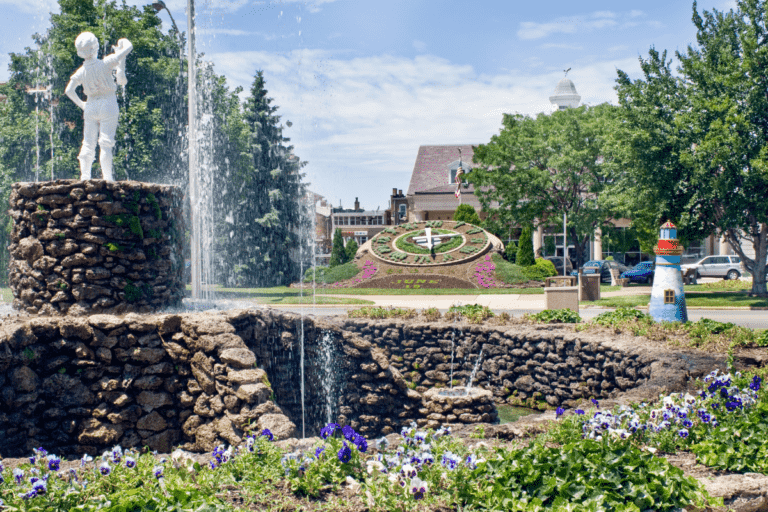 Sandusky Ohio is a popular tourist destination, drawing millions of visitors every year. It’s widely known for its amusement parks and water parks, both indoors and out. But the truth is that there are countless reasons to visit Sandusky! The climate of Lake Erie makes this a popular summertime destination, perfect for enjoying the sun… 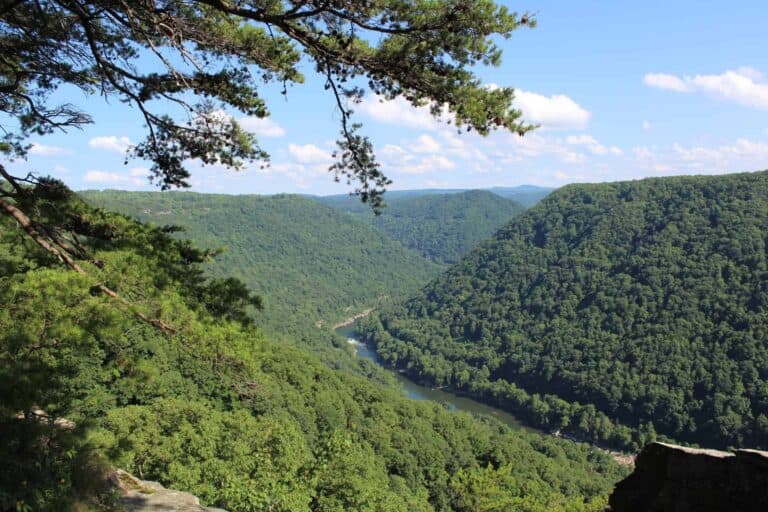 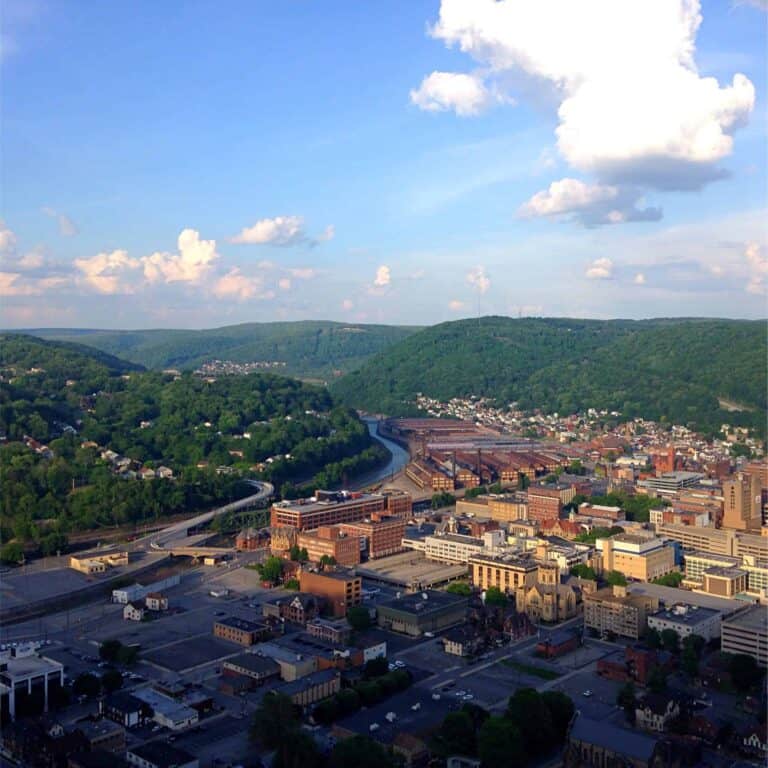