New York City has a lot of hidden gems that most visitors miss, mostly due to the enduring popularity of attractions like the Empire State and Statue of Liberty. But if you want a more unique NYC experience, you have to think like a local.

Here are some things to keep in mind so that you can explore NYC while avoiding the crowds of tourists.

Check out the alternative art spaces

The Lincoln Center is great, but if you want a more intimate glimpse of New York’s art scene, head to places like the Brooklyn Academy of Music for theater, ballet and art performances, or The Met Cloisters, which feature 2,000 works from the Medieval West. The Museum of Street Art is also worth a visit, as it’s considered 5Pointz’s spiritual successor and home to a lot of awesome graffiti art.

If surrealism is your cup of tea, you should visit the Dream House, the love child of experimental sound artist La Monte Young and visual artist Marian Zazeela. Visitors are treated to fluctuating sound waves and ever-changing light as if you are in a neon pink dream.

Get weirded out by the city’s oddest shops and museums

The Explorers Club’s HQ, which was founded in 1904 by seven leading polar explorers at the time, is found on East 70th Street. Here you’ll see retired expedition flags, taxidermy including a polar bear, a narwhal tusk and a woolly mammoth tusk, and even a supposed yeti scalp.

For a different kind of bizarre, you should visit the Roosevelt Island Smallpox Hospital Ruins which was used in the 1850s to treat and isolate smallpox patients. The Fast Company also recommends taking a peek at Obscura Antiques and Oddities at 207 Avenue A. You will see anatomical models from the 1800s, Victorian mourning jewelry, a two-headed calf, corsets, and other knick-knacks.

Dine in the smaller joints 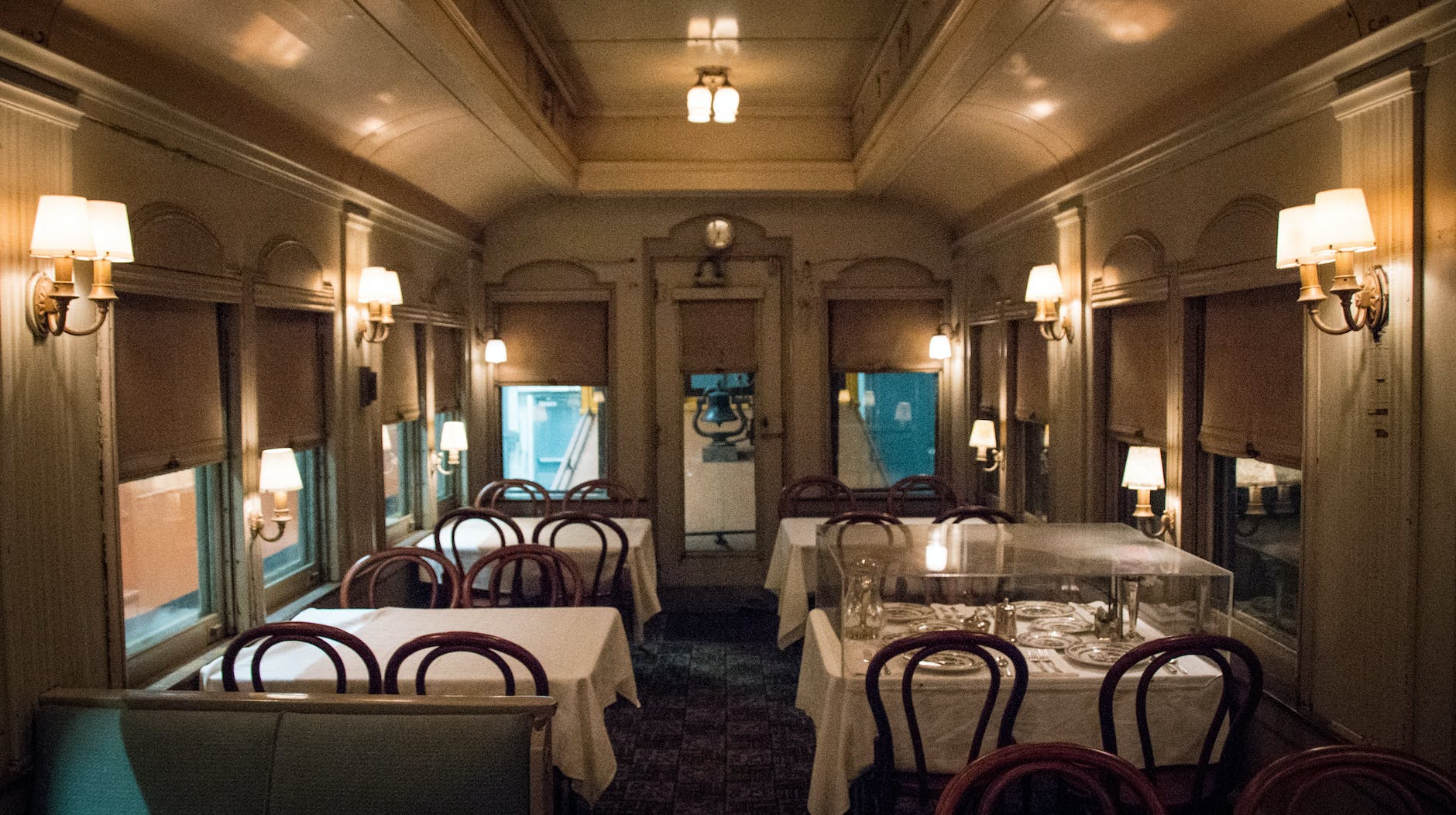 If you’ve had your fill of the usual New York Style pizza and hotdogs, why not head to La Vara in Brooklyn? They serve excellent southern Spanish cuisine with Jewish and Moorish influences like Remojon, house-cured salt cod with citrus, olives, egg, pistachio, pomegranate; and Empedrat de Pulpo, Galician octopus in spicy ink sauce. The restaurant is run by a married couple who specialize in more intimate dining set-ups.

Look up and explore the rooftop establishments 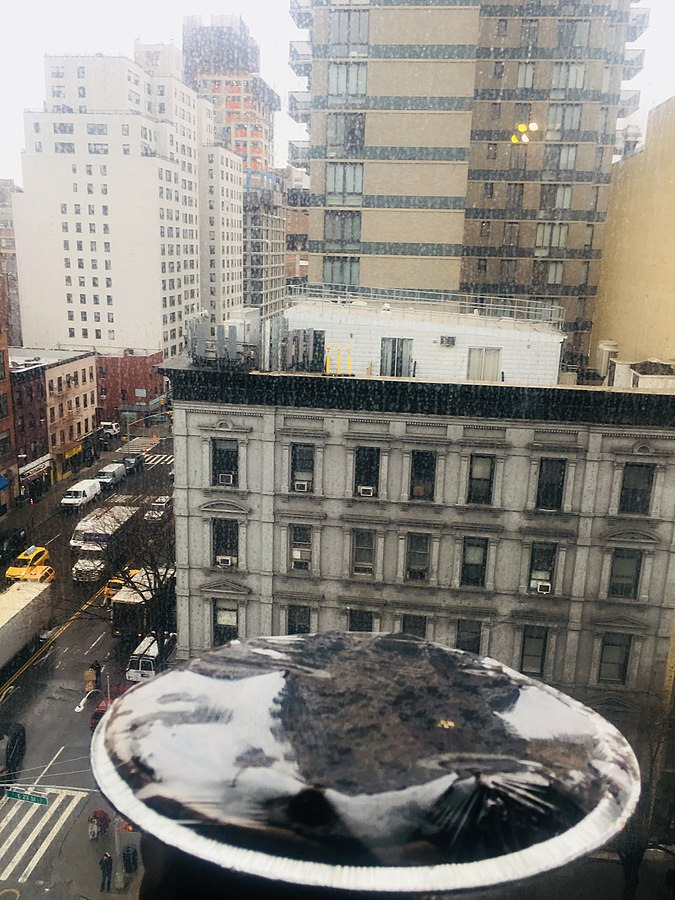 If you want to avoid the traffic and the long lines in NYC’s tourist traps, why not go vertical? New York City is one of the densest cities in the world and a lot of the developments in the city are happening away from the sidewalks. Yoreevo’s James McGrath points out that NYC is home to some 13,500 buildings over six stories high. That means there are plenty of spots where you can enjoy unobstructed views of the city skyline. One great example is the Monarch Rooftop Bar which is right in the middle of Manhattan. The view is also phenomenal from Brooklyn rooftop establishments such as Westlight, Our Wicked Lady, The Water Tower Bar, and others.

Check out the other parks

Central Park has all the space that you need, but a worthy alternative is Prospect Park. It houses the Zucker Natural Exploration Area, which is a playground for all ages. The Park also welcomes skaters of all skill levels at LeFrak rink.

Other parks that are far from the city center but are worth exploring include Flushing Meadows–Corona Park, The Hills at Governors Island, McCarren Park, and Pelham Bay Park in the Bronx, the largest park in the city.

To make the most out of your travel budget, have a read of Traveling with Nina’s list of free things to do in New York City.

Martha Whiteside has been a big city girl all her life. Now working as a travel agent and freelance writer, she is a passionate backpacker and occasional baker.

One year over, and another year has begun!  I still enjoy blogging, and from the feedback I’ve gotten, people are still enjoying reading.  I’m hopeful my posts will continue to be helpful to you throughout 2017 as well.  I have some great travel plans coming up, and I can’t wait to share stories, tricks-of-the-trade and…

If you’re looking for a new way to explore major (and minor) cities on foot, Walkli is a great new website just for this.  I was approached by the founder of Walkli to work on creating some downloadable paths that are good for travelers who want to walk through cities and explore.  I was so…

As part of my quest to promote things to do around Orlando besides go to Disney World, I am excited to tell you about the Kennedy Space Center.  I’m sure you’ve heard of it, but did you know it’s also close to a National Park with one of the best beaches in Florida?  Well, now…

Thanks for playing and tagging your friends in my anniversary giveaway contest!  I didn’t know if I’d have any bites on this, since I’ve never done anything like it before.  I was pleasantly surprised with the number of shares and likes on Instagram!   I was very excited to be able to give away a…

By. Heidi Papworth Many times I’ve sat down with my dream travel trip and my budget.  I’ve then realized that I will have to survive on PB & J’s and Ramen noodles for the next year in order to pay off my airfare and accommodations!  Sure, it would be nice to have a couch to…

One of my favorite things about traveling is going with my partner.  Exploring new places, hiking mountains, laughing on long flights, sharing desserts, experiencing culture shock…. these are some of my favorite things.  (Cue Julie Andrews).  There’s nothing like coming home and reminiscing with someone who was right there with you when you experienced something…